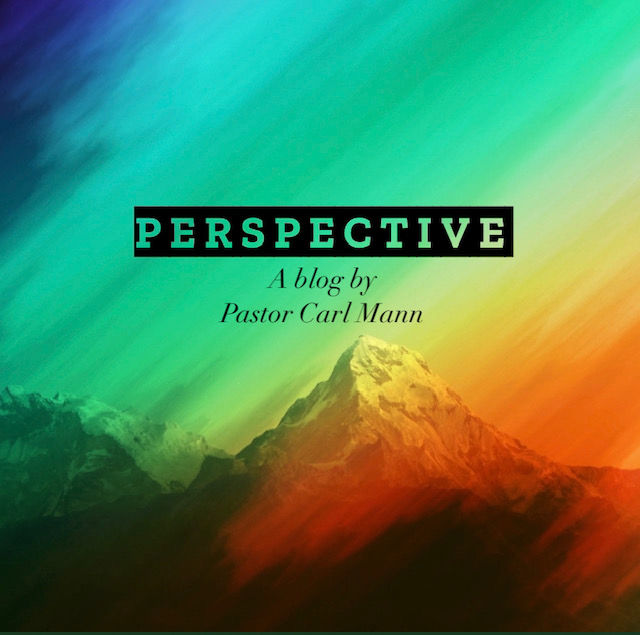 Proverbs 16:25 (KJV) “There is a way that seemeth right unto a man, but the end thereof are the ways of death” (Emphasis Added).

Where is all this “China Virus Pandemic” leading?! What is God up to? I did not see it coming, I have no clue when it will end, and I cannot comprehend what the new “normal” will look like. My perspective does not lend itself to viewing the distant future. Even with my trifocals, my perspective tends to be very subjective and short-sighted. I need “help” to obtain the right perspective.

The first time I looked through a telescope I was amazed at how things that were already close looked much closer AND larger.  This telescope was not attached to a tripod; therefore, I thought I could use it just like a pair of binoculars – only it would be more powerful!  It worked excellently for things that were not that far off; however, when I attempted to view things or places that were more distant, I discovered that the further away the object was the more impactful the slightest movement I made was and the more difficult it was to focus the telescope.

I thought the moon would be an easy item to view through the hand-held telescope until I attempted to do so.  I was surprised at how difficult it was to capture the moon in proper view and even more difficult to keep it from moving around in an extreme jerking manner as the telescope magnified my motions, breathing, and restlessness.

It did not take very long for me to tire of using the telescope and go back to my own perspective – my own view, outlook, or standpoint.  You see, it was, and IS more comfortable.  It is more familiar and normally does not require me to be so still to focus as it does when I try to see in the distance.

I suppose this “closer –view” is wherein most of us function.  We are accustomed to living in the “now generation;” therefore, we make most decisions in the perspective of how it will affect the immediate future.  In fact, most of our decisions are designed to affect the “here and now,” rather than the “there and later!”

When Adam sinned, it seems he was primarily focusing on the immediate moment.  He did not look in the distance – that would have required him to pause, sit still longer, and take a look at his decision from a more telescopic viewpoint.  Some have said this is a way of “Playing out the video.”  For Adam it probably seemed like a simple act of doing what was right from his perspective. His singular act of disobedience had far more disastrous consequences than he could have ever imagined.

Romans 5:12 (KJV) “Wherefore, as by one man sin entered into the world, and death by sin; and so death passed upon all men, for that all have sinned:” (Emphasis Added).

I do not believe that Adam would have made the decision he did if he had known its drastic, disastrous consequences!  I cannot imagine the depths of despair and sadness he experienced as he and Eve were cast out of the Garden of Eden and into an environment that had been cursed by his sin.  His perspective prompted him to seize the moment and do what seemed right to him without any consideration of what God’s perspective was.

I understand Adam’s thinking!  He could not “see” God, he had made other decisions that God seemed to take delight in. For example, …

Perhaps, because of this, Adam thought he could make every decision based on how he “saw” it.

We all make decisions that seem right to us.  God has given us the ability to reason and He is not challenged by it.  In fact, He desires for us to think for ourselves.  That is why He does not force anyone to serve Him or call upon Him.

Nonetheless, God is God – He created man.  Man did NOT create God.  This being true, the only perspective that really matters is God’s perspective.  You see, God does not need a telescope to see the farthest object “up close!”  Neither does God need a microscope to see the smallest things “up close!” In fact, God has the ability to focus clearly upon the thoughts and intents of every thought and the motive of every action of man.

Proverbs 21:2 (KJV) “Every way of a man is right in his own eyes: but the LORD pondereth the hearts” (Emphasis Added).

As I think back to my first experience with a telescope, I recall how I was impressed with the idea that there were a few principles of effective “telescopic perspective.”

To be enabled to have a proper spiritual perspective, I must allow God to do all this with me.  I know that David was impressed by God’s greatness when he penned Psalms 8.

Perhaps, he had the principle of “perspective” in mind when he wrote…

Psalm 119:18 (KJV) “Open thou mine eyes, that I may behold wondrous things out of thy law” (Emphasis Added).

YES, I need help to “see” things from God’s Perspective!