The Lord is My Pastor 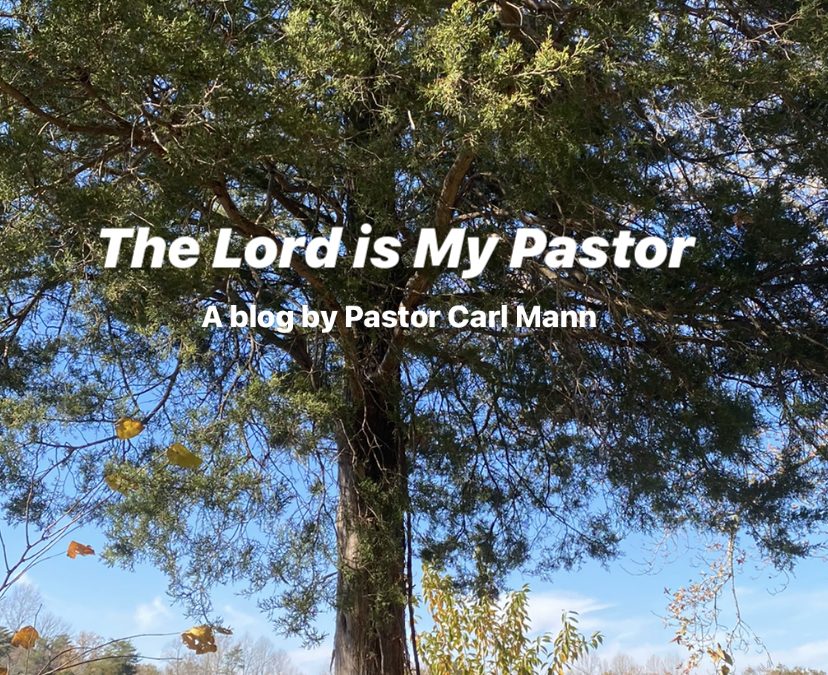 Before this “Virus Pandemic” hit, there were many television commercials, flyers in the mail, and telemarketer calls promoting vacation “get-away” packages to exotic places where one could be pampered and find a time of rest and relaxation. My wife and I would often comment, “We would settle for just a few minutes of “get-away” time in Audubon Park! Today, travel is discouraged.

With the “Virus” crisis, the post-unsettled election chaos, and the consequent civil and spiritual discord, I believe ALL of us need to “get-away” with the LORD and reflect upon His Word wherein we may be restored, refreshed, rejuvenated, and revived. Therefore, I am led to revisit Psalm 23 over the next few weeks. May we find this to be a “word fitly spoken” and a “spring in the desert!”

While most Bible translations state this Psalm was “A Psalm of David,” there are many Bible scholars and commentaries that do not believe David was the author of Psalm 23.  Some commentaries present that this was written by an unknown psalmist after the Jews were delivered from Babylonian captivity.  I do not know for sure who wrote this Psalm; however, I know it was inspired by the Holy Spirit and am grateful it was included in God’s wonderful “Love Letter” to mankind!

I am inclined to believe David wrote this Psalm. He had a heart that was “after God,” and he had a deep insight into God’s character, consistency, and comfort. God moved upon David as He inspired his music (Psalms) and granted David deep, prophetic insight into the Wonderful Savior that God would send to this lost world.  One need only read Psalm 22 to appreciate David’s insight into the heart of the Good Shepherd.  I believe Psalm 23 is also an insight into our Savior.

Perhaps, as Paul expressed – Philippians 3:10 (KJV) “That I may know him, and the power of his resurrection, and the fellowship of his sufferings, being made conformable unto his death;” (Emphasis Added), David also desired to know God’s suffering.  Regardless, I believe Psalm 23 is a revelation of the Savior’s triumphant faith – the faith that He will be looking for when He returns.

As we discussed in a previous blog – “It’s a Matter of Trust – August 28, 2020” – David was NOT Jesse’s favorite son. When God sent Samuel to Jesse to seek the new king that He had chosen, Jesse left David out of the “line-up” of his sons to be considered as the king. Only after Samuel asked Jesse if he had any other sons did Jesse “remember” that he had a son named David and said, “…and, behold, he keepeth the sheep” (1 Samuel 16:11).

When Jesse wanted to verify that his older sons were safe and healthy, on whom did he depend?  It was his “least favorite” – David!  Jesse was not willing to place himself in harm’s way; therefore, he sent his least favorite son to be exposed to the enemy. David was not afraid to go closer to the battlefront; for, he had a confidence in God’s protection that was tempered with the experience of God’s faithfulness.  I have often wondered if David carried a “father wound.”  If so, I can really appreciate the depth of emotion as he wrote, “The Lord is my shepherd – my pastor!” Another meaning of the word “shepherd” is “pastor.”

Jesus was not the Favored Son of Israel!  Isaiah prophesied of Jesus, Isaiah 53:3 (KJV) “He is despised and rejected of men; a man of sorrows, and acquainted with grief: and we hid as it were our faces from him; he was despised, and we esteemed him not” (Emphasis Added).

The Apostle John wrote, John 1:11 (KJV) “He came unto his own, and his own received him not” (Emphasis Added).

As a child, Jesus was nurtured by the “adoptive” love of Joseph.  Perhaps, as He came to the knowledge of Who He was through the mentoring of Joseph, He began to appreciate the depth of love His Father had for Him in that He placed Jesus in the loving care of such a faithful man as Joseph.  I believe it was such a setting that taught Jesus the value of being a Good Shepherd. His Father ensured He would receive the earthly care He needed, while Personally providing the spiritual nurturing that only the Father could.

We have no comprehension of the emotional wounding Jesus experienced as He was rejected repeatedly!  I have a deep appreciation for Joseph and the love he showed to Jesus. Joseph was a stabilizer for Jesus in His most formative years. Joseph was the first “initiation” into the Agape love of God for Jesus. This is the love that the Man, Christ Jesus would become!

I cannot imagine the pain that Jesus experienced when Joseph died! We have no reference to Joseph’s death in Scripture. It is almost as if he was there one minute and gone the next.  Nonetheless, this had to affect the Man, Christ Jesus greatly. This being true, it is apparent that Joseph had taught Jesus the depth of God’s love and how He (the Father) would never leave nor forsake His Own!

Jesus “learned” this wonderful concept of God being the Great Shepherd – Pastor.  I can see this evidenced as Jesus looked upon the crowd of Jews that followed Him – Matthew 9:36 (KJV) “But when he saw the multitudes, he was moved with compassion on them, because they fainted, and were scattered abroad, as sheep having no shepherd” (Emphasis Added).

David probably spent many lonely days and nights in the wilderness as he tended his father’s sheep. He surely placed himself in “harm’s way” as he guarded the sheepfold from predators during the night. Perhaps, it was in those lonely hours that he experienced the value of having the Lord as his “Shepherd.”

Jesus must have experienced many lonely days and nights in the wilderness as He obeyed His Father’s voice in preparation of being the Good Shepherd that would lay down His life for the sheep.  After all, Jesus was, and is, the Only Lamb that was destined to be the Shepherd of God’s sheep as well!

Jesus always expressed His belief in His Father’s Faithfulness. When He recognized that His disciples would abandon Him and leave Him alone, He KNEW that His Father would NOT abandon Him – John 16:32 (KJV) “Behold, the hour cometh, yea, is now come, that ye shall be scattered, every man to his own, and shall leave me alone: and yet I am not alone, because the Father is with me” (Emphasis Added).

The Good Shepherd, Jesus Christ our Lord and Savior proclaimed, “The Lord is My Shepherd; AND, as a result, I shall not lack anything I need. I am assured of His Presence, His Provision, His Protection, His Peace, His Passion, His Promise, and His Patience!” The Man, Christ Jesus of Nazareth had a Pastor Who taught Him how to trust!

I’m beginning to understand!  You see, the Lord is my Pastor!